LONDON — Each night, after performing “Yerma,” Billie Piper would face the emotional wreckage she’d caused, playing a woman driven insane by her inability to conceive a child.

“People would come over, in various states of trauma, depending on how it had affected them personally,” she said, recalling the two sold-out runs of the play, a modern version of Federico García Lorca’s 1934 tragedy adapted by Simon Stone. “Some people didn’t even really say anything, they just wanted to be close to us — they wanted to somehow physically connect.”

I certainly had a hard time leaving the Young Vic the night I saw the play, my way blocked by women in tears. And if all this sounds melodramatic, it was echoed in the visceral language British critics used to discuss Ms. Piper’s performance: “shatteringly powerful,” “earth-quaking,” “heart-rending.”

It’s fair to say, then, that “Yerma” tapped into contemporary anxieties about the impossibility of having it all. “This is a conversation everybody seems to be having at the moment,” Ms. Piper, 35, said over coffee in East London, as she prepared to revive the role at the Park Avenue Armory this month, making her New York theater debut. “It feels very, very topical.”

‘Collateral’ is available to pre-order on DVD, available from 26th March, you can pre-order here!

Also, worldwide fans (other than UK) can stream ‘Collateral’ on Netflix from 9th March! 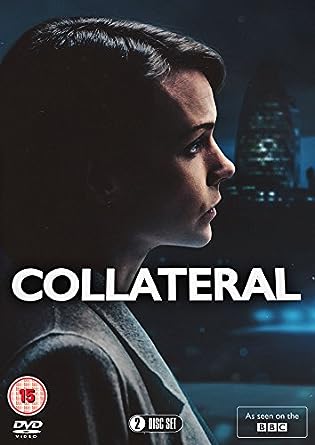 I’ve added 250 HD screencaptures from the 3rd episode of ‘Collateral’. What do you think to the series? I love Billie’s character! The final episode airs on Monday night on BBC2 at 9pm! 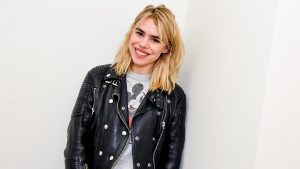 Billie appeared on the Chris Evans Breakfast show this morning, talking about Collateral and some exciting new projects. Including her writing & directorial debut with ‘Rare Beasts’ & a new TV show with Lucy Prebbles, which will be filming late this year/early next year. You can listen to the full show HERE!

I’ve added screencaptures from the second episode of ‘Collateral’. Billie was in one scene this week, hopefully we’ll see more in the next episode! Enjoy!

Ive added 400 HD screen captures from the first episode of  ‘Collateral’. What did you think? I love Billie’s character!

Billie Piper is giving you a once in a lifetime opportunity to travel to New York to see her sold-out Broadway hit, Yerma. The show, which premiered at London’s Young Vic Theatre in 2016, was an enormous success, selling out months in advance, picking up countless awards including the coveted Olivier Awards for Best Actress and recieving more five-star reviews than any other play of the year.

The winner will recieve two return flights to New York, accomodation for the weekend, two VIP tickets to see Yerma which includes a meet and greet with the cast backstage, and a Billie Piper goodie bag… all for just £1! You can buy as many tickets as you’d like – every ticket you buy counts as another entry into the lottery and every single penny goes to charity.