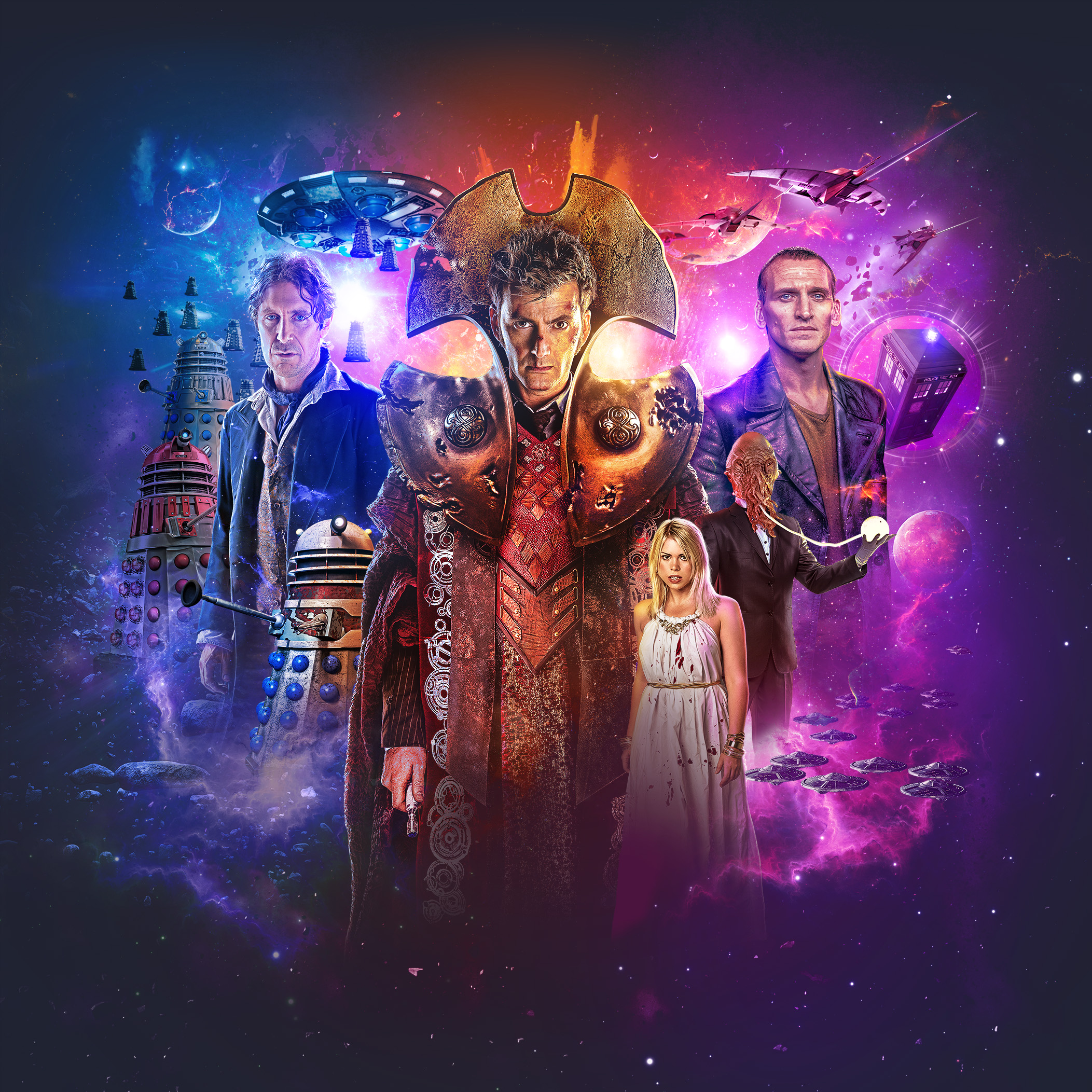 Follow several Doctors across space and time as they defend their home planet from a terrible race, this is a story like no other… Time Lord Victorious is a brand-new multi-platform Doctor Who story told across audio, novels, comics, vinyl, digital, immersive theatre, escape rooms and games!

Time Lord Victorious will launch in September 2020 over twelve weeks, with products and experiences releasing from September until January 2021.

Time Lord Victorious will be set within the Dark Times at the start of the universe, when even the Eternals were young. It features the Eighth, Ninth and Tenth Doctors, travelling across Space and Time as they defend the universe from a terrible race. As well as three Doctors, companion Rose Tyler and monsters including the Daleks and the Ood will feature, plus more to be revealed over the coming months as products are announced.

END_OF_DOCUMENT_TOKEN_TO_BE_REPLACED

Billie attended the BAFTA Television Awards last week, where she was nominated for ‘Supporting Actress in a TV Drama’. Sadly she didn’t win, but she seemed to have a fantastic night! 130+ HQ photos have been added to the gallery below:

Family drama Two For Joy will arrive on VOD on 25th February 2019 via The Movie Partnership.

Two For Joy is a visceral and moving exploration of one British family’s life, navigating their way through grief in the years following their father’s death. Aisha’s (Samantha Morton) struggle with mental health is making home life increasingly unmanageable for her teenage daughter Vi (Emilia Jones) and young adolescent son Troy (Badger Skelton).

Vi has been forced to grow up fast, caring for her mother whilst also trying to look after Troy. With no father figure and mother-daughter roles reversed, Troy has become a law unto himself, excluded from school he spends his days cruising the estate or fishing the reservoir.

The tension at home is palpable – something has to give. The trio decide to take a trip to their late father/husband’s idyllically placed caravan, overlooking the sea. They befriend the holiday park caretaker Lias, (Daniel Mays), his unhinged sister Lilah (Billie Piper) and her daughter Miranda (Bella Ramsey).

A family in the midst of their own drama. This is a portrait of modern Britain seen through the eyes of a family in crisis.

Two For Joy will be available on iTunes, Amazon, Google, Microsoft, Sony, TalkTalk, Vubiquity and BT.

Billie Piper has good cause to be frazzled. Not only is she at the end of a 14-hour day directing her first feature film, Rare Beasts, which she also stars in and wrote. Not only is she promoting a completely different film, Two For Joy, in which she plays a charming but negligent mother. She’s also in the middle of her third pregnancy.

“I’ve just stepped off the set, so I’m sorry if I make very little sense,” Piper says down the phone. Poppycock. Sure, she has done three weeks of mammoth days on Rare Beasts, with two more weeks of them to go. Yes, she’s gestating a rapidly growing human. This, though, is the middle trimester, that mythical time of blooming, nesting and heroic…

Billie continued her work on ‘Rare Beasts’ last week, HQ photos from the set have been added: